Big Friday a super-draw of EuroMillions 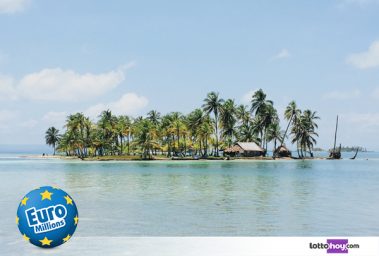 Big Friday, also known as Superdraw, was established with a guaranteed minimum jackpot of 130 million euros, complementary to an ordinary EuroMillions raffle, but without a predetermined date.

What is the Big Friday?

Big Friday is a draw of EuroMillions with very extraordinary characteristics that put into play a guaranteed minimum jackpot. Several occasions are drawn up throughout the year, irrespective of whether or not the pot that was put into play was delivered or not in the previous EuroMillions drawing.

How to play the Big Friday? Big Friday works exactly like Euromillions, with the same rules and in the same countries in Europe, but with the difference of having guaranteed prizes.

The boats that are put into circulation are cumulative, (up to the limit provided in the regulations), in case there is no winners in first category, for the next draw.

When are the Big Friday raffles held?

Big Friday does not have a specific date to be drawn. Several raffles can be held during the year, depending on the amounts that have been accumulated from the expected complement of the Reserve Fund of the major prizes.

The first extraordinary draw of Big Friday was held in February 2007, was the only draw that was held that year.

Despite all these draws, only seven times the pot that was at stake was won.