How to win the EuroMillions 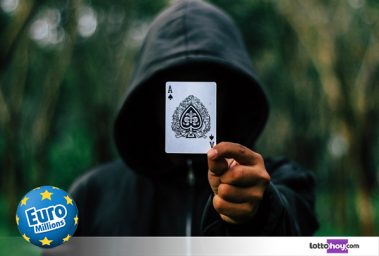 Has anyone ever dreamed of winning a big lottery prize? Maybe Euromillions? Possibly all the readers of this article, even knowing that it is difficult, but the illusion is not lost.

It is played to win! What to play for fun must be for sports or the PlayStation, although we believe that in both cases you also play to win.

There are no mathematical formulas to win, because it is a game of chance in which randomly the balls come out of the drum completely undisciplined, but … there are always small tricks that we can follow.

Tips and strategies to win EuroMillions

Hundreds of “secret” manuals and formulas have been written to influence and help the player, but basically all of them are based on two forms when filling out the tickets: Manual or Random.

The choice of numbers is very important, and although there are always those who think that the lottery is purely luck, that does not mean that you can have a method to choose the numbers you want to play with.

There is no 100% reliable method, but some combination systems can help you get lucky. Some prefer to use mathematical systems, others prefer to make different combinations based on their own instinct, or looking for the combination in dates that suggest some ephemeris or event.

Mix odd and even numbers

The EuroMillions ticket is composed of a main table of 50 squares numbered 1 and 50 respectively. 50% are even numbers and the remaining 50% are odd numbers.

We recommend the formula 2/3 or 3/2, that is, choose 2 even numbers, and other 3 odd numbers, or invert and choose 3 odd and even 2 pairs.
It is not advisable to make a combination formed only by even numbers or odd numbers. It is very unlikely that a combination will come out winning, although not impossible.

Many players use a system based on combining dates. This is not advisable because the results of these combinations usually give low numbers up to 30, leaving the remaining 20 numbers without possibility.

If it is true that the 50 numbers come into play, and all have the same chances of leaving, but playing only with the first 30 numbers, it is very possible that in case of success, the prize should be shared with many people who have also used this system.

The theory of cold and hot numbers

Starting from the basis that all numbers have the same possibilities, there are players who rely on their luck to repeat combinations that have been previously awarded, or numbers that tend to come out more frequently. (these numbers are called hot numbers).

Other players use the opposite technique, that is to look for numbers that tend to go out very rarely, and even in the last 15 or 20 draws have not come out. (in this case they are called cold numbers)

It is advisable not to repeat combinations already awarded.

It is advisable not to repeat previously awarded combinations, not because it is impossible to repeat them, but because statistically the mathematics says that there is only 1 possibility among 76 million that this happens.

However, the player is free to act as he believes best, and sometimes going against the statistics can be rewarded.

A winning combination of these characteristics has not been given to date, but … Who knows!

Avoid series of numbers with the same ending

As in the previous case, it is also not advisable to make a combination that contains the 5 numbers with an identical ending, such as: 3, 13, 23, 33, 43 or 9,19, 29, 39, 49 It can be fun, you can even give yourself this circumstance and get rewarded, but it is also true that many others will have followed this same idea, and in case of prize to be divided between a lot.

It is not advisable a combination with the 5 initial numbers

A combination of these characteristics, 1, 2, 3, 4, 5 is so basic, that in case of being awarded could be thousands of winners, since many players will use it out of simple curiosity , fetishism or even comfort.

Those combinations of numbers on the ticket are composed by straight lines from top to bottom, left-right or diagonally.

It is usually a very common type of bet, and for this reason of low profitability in the event of a prize.

Let’s bet on combinations of odd and even, high and low numbers together.

As in the previous cases, this type of bet is very useful and as a result many similar bets can coincide when it comes to distributing prizes. Anyway, if your hunch leads you to opt for this way of looking for lucky numbers, it is advisable to complete the combination with at least a pair of numbers between 32 and 50.

Both options may be valid, although the calculation of probabilities is very different if one or another possibility is chosen. The perfect balance is usually in the middle.

When we talk about EuroMillions, we see that the probability of winning the jackpot is 1 between something over 139 million, while the chances of winning the lowest prize is 1 out of 21.

All this is distributed among the 13 categories of EuroMillions.