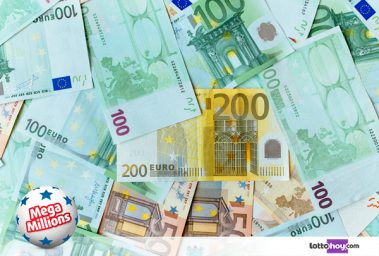 According to EuropaPress, today dated September 17, 2018, the European Central Bank (ECB) has announced that it plans to put the new banknote models into circulation for securities of 100 and 200 euros from May 28, 2019.

These new tickets will be adapted to a few minor changes respect to those that are in circulation so far; (which will gradually be replaced) the most obvious changes are focused on their security levels.

It keeps the band metallized in silver and the two euro symbols you can see its holography when moving them.

The numbers that identify your face value will be emerald and will include small euro symbols inside them.

They will slightly reduce their height size, although maintaining the same length, to equate them with € 50 bills, and in this way make it easier for citizens and ATMs to use.

Within this same statement, it is reported that in this series called Europe, 500 € banknotes will not be issued, although the ECB since this year 2018, no longer supplies € 500 banknotes to its banks, but the old series banknotes, will continue in circulation indefinitely until new disposition.

This does not affect the payment of MegaMillions prizes regardless of the new tickets that are put into circulation, the prize payments that correspond to our customers, they will be entered directly into your user account, and automatically available.

It is undoubtedly the best option, because if you intend to collect it in bills of legal tender, the only satisfaction would be that once you get home and alone, toss the whole pile of bills into the air and drop them off. one on top as if it were rain, but … the drawback is the weight.If we take as an example the highest jackpot prize of MegaMillions, which was 522 million dollars, and we know that each dollar bill has a weight in new of 1 gr. that would mean carrying more than ½ ton of weight. Better a bank transfer!