The most popular numbers in the SuperEnalotto 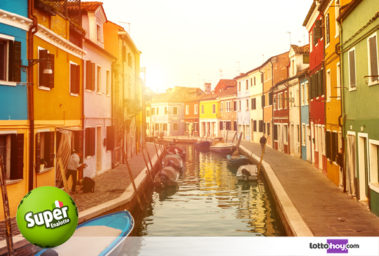 SuperEnalotto is perhaps one of the most curious lottery games because of its precedents.

What is known today as SuperEnalotto, was introduced towards the end of 1997, when it came to replace the game of Enalotto, which was in force since the 50s.

The game ticket was very similar to the football betting game, where you had to bet by means of 12 lines and three squares in each line, signs based on 1, X or 2,

Each success at 1, X or 2, meant one point, the prizes were distributed among the possessors of a total of 10, 11 or 12 points.

In order to know the winning combination of Enalotto, it was had as base, the draws that were sung in the raffles of Bari, Florence, Milan, Rome, Naples and Palermo,

The first number extracted from each of these raffles (provided it was not repeated in any of the following extractions), was the one that configured the winning combination at the national level.

As a complement and to determine the Jolly number, the first number of the draw held in Venice was taken into account.

It was from July 1, 2009, with the entry into force of the new regulations, that it was determined to make a single draw in Rome, with the direct extraction of the 6 balls.

These 6 balls, configured the main numbers of the combination, plus the ball of Jolly that together, determine the winning combination currently in each draw.

The most frequent numbers in the SuperEnalotto

Since the beginning of the draw under the name SuperEnalotto, the most frequently drawn numbers are shown in the box below:

The numbers that come out less, and the numbers less chosen in SuperEnalotto

For those fans of statistics when it comes to cabalas with the numbers that come less in the various lotteries, we have prepared the following box.

In this box, we show the statistics of the numbers that appear less in the draws that have been held SuperEnalotto since its inception in 1997, as well as those numbers that are less chosen to look for winning combinations.

Most common even numbers in SuperEnalotto draws

In the various SuperEnalotto lottery draws, a series of even numbers and consecutive pairs within the winning combinations have been repeated with some frequency.

Combination of the most common trios in SuperEnalotto draws

It is also common, although it is not very frequent, in the various winning combinations of the different draws held to date in the SuperEnalotto, there have been cases of repeating combinations of trios of common numbers, and even consecutive trios.