The most frequent Euromillions numbers 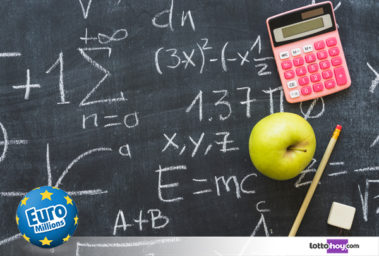 Luck is very present in lottery draws, and of course, in EuroMillions. Each draw has new expectations and diverse results.

For students of EuroMillions statistics, there are some constants that can be seen in the draws held to date:

Most frequent number and stars

Reviewing of all the draws held over the years makes us curious about how many times a certain number or stars have come out, and how many times e each year.

Thus, we see that the numbers that most frequently drawn numbers are:

In the same way, it happens with the appearance of stars in raffles held since the beginning of Euromillions.

The numbers referring to the most frequent stars have been: 8, 9 and 2. Although, it must be kept in mind that until May 2011, there were only nine stars that could be selected. In September 2016 and to date, it was increased to the current 12 stars.

Numbers both for the main numbers and for those relating to stars, are often referred to as “cold numbers“

Combination of Most Selected Numbers and Stars

In the draws that have been held to date, there is a series of numbers and stars that have been chosen more often than others. Superstition? Coincidence? The truth is that these numbers have been the most requested:

Same as in the in the previous case of the numbers and stars most often selected, it is also useful to know the least frequent pairings in order to define a strategy.

Most common number pairs and stars in EuroMillions

There are number pairs that come together frequently, it has been calculated that these pairs are the following:

Most frequent Consecutive numbers and stars

Statistics also show us the curiosity of series of consecutive numbers that sometimes come out in the winning combinations of EuroMillions draws.

Some of these combinations of consecutive number pairs are:

Most drawn Three of a kind

As it happens with combinations of two numbers that tend to be combined at times, there is also the circumstance that the same happens with a combination of three main numbers

Most frequent Consecutive three of a kind

This doesn’t occur very often, but sometimes there have been winning combinations of EuroMillions, which contained trios of consecutive numbers.

As we can see, often they occur interchangeably in these combination triplets of consecutive numbers between the “low numbers”1 to 25, which usually tend to occur when an election system of numbers based on mathematical combinations used personal dates or events, and “high numbers” (from 26 to 49).