The “pubs” in the UK, a place for meetings, games and lotteries 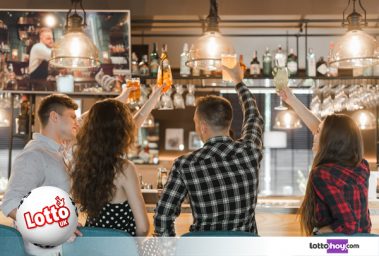 The “Pubs” or “public house” is the preferred place for the English people to meet, have a beer and participate in some of the events organized by them.

According to historians, the first knowledge of this type of establishment (groundsel), should be around the year 73 AD, as they arrived to the British Islands imported by the Romans in order to serve as a place to rest for travelers, and where They served meals and drinks. But it was not until the fall of the Roman Empire, when these establishments began to look a bit like what we can nowadays know as a “pub”.

This type of establishment is full of curiosities, such as its regulation to a single establishment per population, as decreed by King Edgar in the year 965.

Gin and beer, the typical drinks in a pub

The “pint” of beer is perhaps the identifying sign of the pubs, but we must not forget that for many years, the gin was preferred because of its low price, and that generated a problem of alcoholism due to its schedule since in some cases they opened from 07:00 AM.

Many pubs in their beginnings were created through a certain brand of beer, coming to compete among those brands to win their own clientele.

In general, these pubs are usually meeting centers with a fixed clientele, friends, co-workers, entire families, etc. The owners of the pubs tried to complement the meeting and entertainment service by creating rooms for small concerts, games and sports (like darts, which is really famous over there).

The appearance of the TV contributed greatly to meet in front of the television and with a good “pint” of beer in hand to watch soccer and rugby matches, as well as the results of the lotteries.

With the arrival of the new technologies, the possibility of playing the lottery through Internet platforms has been greatly facilitated.

Now, people no longer only meet in the pubs to see the results of the lottery, but from there they can have access to play the UK Lottery or any other lottery worldwide.

Today it is common that, in the same pubs, and following the traditional meetings of friends and colleagues when leaving work, they form clubs to play the lottery while enjoying a relaxing time and a good beer.