The taxes of the lotteries that are played in Spain 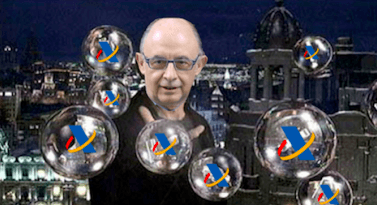 Did you know that it is common to pay taxes on lottery winnings above a certain amount?

The thrill of winning can blind our judgment, but,… certainly taxes have to be paid on lotteries in Spain as in many other countries.

If you did not know this, we will inform you about it below. Of course, if you really win, it won’t hurt much to pay a few taxes.

Do I really have to pay taxes on lotteries?

It all depends on the amount of the prize, it’s really curious!

For example, in Spain, all prizes won in the various lotteries that exceed 2,500 euros must pay 20% of the total amount won, from those 2,500 euros onwards.

Currently, the amount exempted from paying tax is fixed at the first 40,000 euros, and from that amount onwards, 20% of the remaining amount of the prize will be deducted.

Many may be disappointed to know that such a large sum of their money will go in taxes.

But this practice of Law is in force and it is important that you know it so that you will not be surprised if you turn out to be one of the happy winners in the lottery game.

An important detail to know is that the taxes paid on the lottery in Spain go to the Treasury, and this has been the case for the last few years.

If you receive a shared prize and you think that you are saved from paying tax because the division of the prize is less than 40,000 euros, you are wrong.

Even if what you receive is less than the forty thousand euros mentioned above, the tax will be paid according to the total amount of the prize, no matter how it is divided or to whom it reaches.

When we say that you would have to pay, it is not something so literal, because the prize will be given to you deducting immediately the tax, so that you will get the rest and the lottery administration will keep the tax to be paid to the Treasury and then make the corresponding tax payment.

So if you always wondered what taxes are paid on lotteries in Spain? At last you know the answer, now, if you never wondered and you are surprised by the fact that you have to pay such an amount, think that the prize that will reach your hands will be even greater than the tax.

The same applies to the Christmas lottery, Epiphany lottery, and in short to all lotteries organized by the State, Autonomous Communities, Spanish National Organization for the Blind, Spanish Red Cross, and all those organizations that carry out lotteries of this type that are within Spain, or in which Spain participates, as is the case of the Euromillions lottery.

However, the taxes paid on lotteries in Spain have their limitations:

If you have to collect a prize from one of the lotteries authorized in Spain, and you are a resident in Spanish territory and you are also taxed by IRPF, at the moment of receiving the prize they withhold 20% of the amount that exceeds the first 40.000 € of the prize, and that is all the taxation.

You are not obliged to declare it anywhere else for income tax purposes.

The taxation (taxation) is the withholding on collection and ends with the payment of income tax.

Taxation of lottery taxes for non-residents in Spain.

If you are a foreigner but you have acquired a ticket of some of the national lotteries and you have won an important prize. At the moment of going to collect the prize, you will also be taxed 20% but it will not be directly by way of withholding as in the case of the residents in Spain, but you will have to fill in a form in the same administration for tax purposes.

In the same way it will happen if you are a Spanish resident but you win a lottery that is not Spanish, for example the Euromillón, it will also be taxed 20% but through a form. See details of the Tax Agency on this matter

Keeping informed about the tax policies within your region is important, just as when you pay taxes, it is also important to know where they are directed, as a curious fact we will give you a quick summary:

Most of these are directed to social benefits, then health, education and other economic interests that can maintain the country at that time.

It is distributed by levels between the State, the Autonomous Communities and the City Councils.

And so, this is how the payment of taxes on lottery prizes works. We hope this information has been useful and has answered your questions about what taxes are paid on lotteries in Spain.