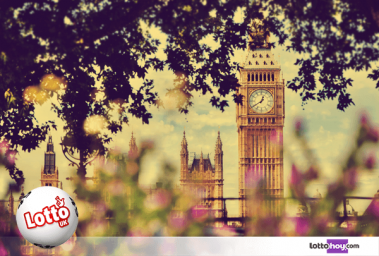 The Camelot Group, through its subsidiary Camelot Uk Lotteries Limited, is preparing a change in its payment system to offer the possibility that the winners of large jackpots may receive their prize in fractions, at a rate of a monthly payment of £10,000.

As a result of the changes that Camelot made in June 2015 by introducing 10 more balls in the drum, becoming a total of 59, the participation of players has reduced significantly.

What Camelot pretended with this new formula, was to have bigger prizes and jackpots, the truth is that this change reduced the chances of success even for the lower prize categories.

In one of the last draws the prizes for winners of 5+1 had to distribute a total of 47,000 £, when a few years before hitting the same combination of 5+1, could mean according to draw, about £90,000 for each one of those three winners.

The complaints, and the reduced collections, are the main reasons why Camelot plans to incorporate this form of payment next year by paying the highest prizes at a rate of £ 10,000 per month. This method is already in use in large American lotteries and the truth is that it has good acceptance.

United States as an example of fractioned payment

The tax situation in the United Kingdom is different. While in the US , with its large PowerBall and MegaMillions lotteries have a federal, state and local tax withholding, with the prize reduced by approximately 40%, in the United Kingdom, receiving a lottery prize is exempt from paying taxes.

Perceiving the prize in installments for a lifetime, and depending on the age of the lucky ones, can be a guarantee of success, and avoids the possibility of starting to make impulsive purchases and in some cases unnecessary, even if you spend all soon.

Anyway, the winner of a grand prize in the UK Lottery, will decide what is more interesting for them: to collect the prize in one time, knowing that you are exempt from taxes, or to opt for a deferred payment over time.

It will be necessary to see exactly the conditions and the regulation of this form of payment in monthly installments, and if for example it contemplates the possibility of continuing paying the 10,000£ monthly to the heirs, in case of death of the titular winner.