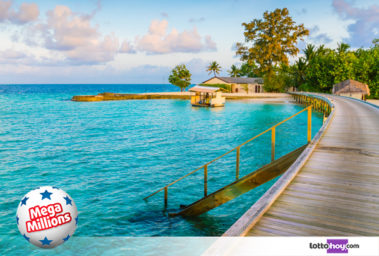 The distribution planned according to the regulations of this lottery is divided into 9 categories with fixed amounts for each of them, with the exception of the special prize for the first category that receives the corresponding percentage of the collection for that lottery plus the accumulated jackpot.

On this occasion, the poll favored up to 36 winners of the five main numbers of the draw, and therefore each of them won $ 1,000,000 corresponding to the second category.

In addition, a single winner ticket of the first category was found, that is to say the 5 main balls plus the Megaball, in the state of South Carolina, with these numbers: 5, 28, 62, 65, 70 + the 5, and up the present date that prize has not yet been claimed.

What happens when nobody claims a Mega Millions lottery prize?

Someone could think that if a prize is not claimed, “then nothing happens, with that money, another draw is made and no problem”. Well, it’s not like that, there are deadlines that must be met.

If the prize is not claimed by the lucky winner in a period of three months, it will be returned to the 44 states that participate in the draw.

In the case at hand, from the date of the draw and until April 21, 2019, is the legal deadline to claim the prize, and today, no one has filed the claiming.

As already indicated, the ticket corresponding to a single winner generated an amount of 1.5 billion dollars (about 1,360 million euros), the highest jackpot in the history of the United States.

The lucky winner will have two possibilities to receive the prize when he claims it: receive the full amount, but spread out over 29 years, or collect now more than half, (exactly 913 million dollars) while the rest would be destined to taxes.

But there is one more difficulty. If no one picks it up before the deadline, the state of South Carolina will lose about $61 million in state taxes that it expected to get for the income the winner had to pay, a money they had already included in their state budget.

Despite this, officials have finally decided to withdraw that figure and not count on it just in case nobody appears.

Can the winner claim the prize anonymously?

To this day the winner has not appeared and is an “unusual situation”, as stated Holli Armstrong, of the Lottery Commission of South Carolina, in ‘Fox’.

But … why we still not know who is the lucky one? There is several theories: the winner has lost the ticket or that is no longer in that location or he/she is so scared by the amount of money they can get.

Due to the laws in force in that state, the winner may remain anonymous, contrary to what happens in other regions of the country that require that whoever wins this type of prizes make their identity public.

Can the lottery organizer force to identify the winner of a prize?

Of all 44 states plus Washington DC and the US Virgin Islands participating in the MegaMillions lottery, only 5 states currently allow the winners anonymity: South Carolina, North Dakota, Delaware, Kansas, Maryland and Ohio.
So in the present case it would not be essential to declare the identity and the name of the winner or winners for the Public Registry.