The biggest jackpot in the history of PowerBall 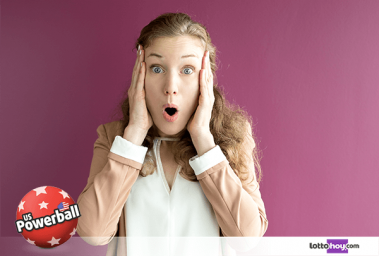 In August of 2017, Mavis Wanczyk was the winner of the biggest prize that was delivered until that moment to a single PowerBall winner. But at the beginning there were some doubts, as the organization that there was a second ticket with the winning combination.

Apparently due to an error in passing the data by the lottery staff, it seemed that there was another successful ticket of the 5 numbers of the combination. But they finally found that this ticket did not contain the PowerBall number, so the prize won was $ 1m.

Ms. Wanczyk was very excited to know that she was the only winner of a multimillion dollar amount, specifically 758.7 million dollars. As she said, her first thought was for her two children, and immediately afterwards her second thought was for her boss, to whom she communicated “I will not come back”. At the age of 58, she decided to stop working. (Everyone would do the same!)

What has not been heard is the decision on how she would like to collect this super prize, if all at once, or divided into 30 annuities.

Other winners of that draw

The PowerBall rules state that the seller was entitled to a commission of $ 50,000. In this case, the seller Bob Bolduc, indicated that he would donate that amount to charities.

In addition, another 34 people guessed the combination of the 5 main balls that same day, and each of them received 1 million dollars. Another 331 people each received $ 50,000 by hitting four main balls plus the powerball.

This draw closed with impressive figures. 787,971,663 dollars given away, that were distributed between more than eight million winners.