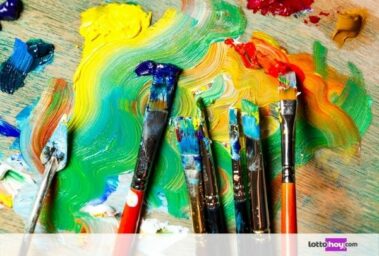 Changes in Eurojackpot and a new drawing every Tuesday

From March 25, 2022 there are new changes in Eurojackpot with important improvements commemorating the tenth anniversary since its inception in March 2012.

The modification of the rules is quite extensive, but we could summarize it in 3 important points:

Since that first Eurojackpot draw that took place on March 23, 2012, it has been just 10 years, in which a single weekly draw has been taking place on Fridays.

On March 25, 2022, the modification of the regulations comes into force with changes in Eurojackpot and incorporates a second new draw every Tuesday of each week.

Thus, Eurojackpot will have two weekly draws, every Tuesday and Friday. The first Tuesday draw will be held on March 29, 2022.

The “soles” corresponding to the second matrix increase.

The Eurojackpot jackpot increases the maximum accumulated jackpot to 120 million.

The maximum accumulated jackpot amount increases from the current 90 million to 120 million. This means an increase of 33.33% without increasing the ticket prize.

The number of times that the jackpot can be accumulated without any winner in the first category remains unchanged, so it is maintained at 5 consecutive draws and if the sixth draw is still without a winner, the whole accumulated amount will be added to the amount foreseen for the payment of the second category winners of that draw.

These changes in Eurojackpot also have an impact on the distribution of certain lower categories, improving the payments for some of the categories, as follows: