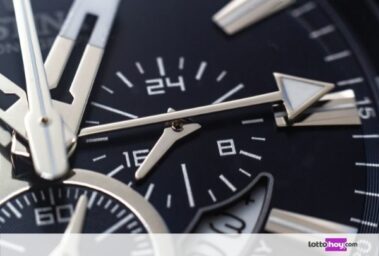 The maximum period of time for claiming lottery prizes is not indefinite, there are deadlines for claiming them, and each lottery organizer sets a maximum date from the date of the corresponding draw.

The American lotteries, such as Megamillions and Powerball, which are established in various states, have sales and prizes in common, but there are different expiration dates depending on each state.

Another variant are the pan-European lotteries such as Euromillions and Eurojackpot, which despite being sold in different European countries, have a single expiration date in common to all the countries involved in these lotteries.

And finally, there is a third chapter that refers to lotteries that are national or intrinsic to a certain country, and which have their own individual regulations.

There are countless lotteries, bets, and raffles for all tastes around the world. In this post we are going to deal with the expiry of the best-known ones worldwide.

On the American continent, there are many state lotteries. Below are the most popular lotteries. In North America we can see:

The time available to claim prizes usually varies between 90 days and up to a year, depending on the lottery and jurisdiction.

* The State of Maryland, extends the deadline to 182 days

**California establishes a period of 1 year to claim the jackpots, and only 6 months for the remaining prizes

Lotto America is perhaps after PowerBall and MegaMillions the most popular multi-state lottery. Lotto America prizes also have a maximum claim period, as we can see in the box below:

Other lotteries that are also popular in the United States are as follows, and with their respective expiration dates for claiming the prizes:

California SuperLotto Plus, Texas Lotto and Florida Lotto, Cash4Life, have 180 days, but currently, due to the Covid19 pandemic, this is extended until further notice, to 360 days.

New York Lotto, and Canada LOtto 649 players enjoy up to 1 year to claim.

Practically all South American countries have a national lottery or one operated by a government licensee, which includes an infinite number of combinations and games.

The Mega-Sena is the largest lottery in Brazil, organized by the Caixa Econômica federal bank since March 1996, and enjoys a well-deserved reputation even internationally.

All the prizes in this lottery have an expiration date of 90 days.

In Europe, there are two European lotteries, which are played in various countries, and each of these lotteries is governed by its own regulations.

Each country participating in one of these two lotteries can complement the main prize with other accessories, but the main prize is common to all the countries selling that lottery.

While Euromillions has a maximum period to claim of 90 days from the date of the draw, Eurojackpot, limits the period to 30 days.

Somewhat less known is the Viking Lotto, a lottery with similar characteristics to the Euromillions and Eurojackpot, but with the particularity that it is quite previous to them and oriented towards the Nordic countries and some of the Baltic countries, in addition to Belgium which has joined this very year of 2020.

The deadlines for claiming a prize in this lottery are quite diverse, and in most cases it depends on the amount won, the country where it was played and whether the purchase was made physically through a retailer, or bought online.

They can vary from 90 days to 1 year, although in some cases if the purchase was made online, the prizes up to a certain amount are paid directly into the account of the registered player or by deposit in his bank account. Only in cases of large sums, some countries require the claim to be made directly to the organizer.

Deadlines in other European lotteries

The various national lotteries or those operated by entities that are licensed to operate their games have expiration dates for claiming prizes.

Australia’s lotteries and the deadline for claiming prizes

A wide variety of lotteries on the Australian continent, the one that stands out perhaps for being homonymous, with the American one of the same name, is the Powerball AU, which together with OZ Lotto, Mon & Wed Lotto and Saturday Lotto form the weekly lottery package.

Each state in Australia has different deadlines for claiming their lottery prizes, which can range from 6 months to 3 years.

As a guideline, Powerball AU sets out the deadlines as follows. In the Northern Territories, in Tasmania and Victoria, there are up to 6 months to claim the prize, while if the tickets were purchased in South Australia, or Western Australia, the deadline is 12 months.

They have a longer period to claim the prizes in New South Wales, with a time limit of up to 6 years.

Of the various lotteries played in South Africa, the most recognized is the South African Powerball, with a claim period of 1 year from the date of the draw.

How are the prizes paid in the different world lotteries?

In general, all lotteries have minimum amounts that can be collected directly at the point of sale, and even through banks, as long as it does not exceed the amount provided for this purpose by the organizers.