The Millionaire Maker a complement of the Euromillions 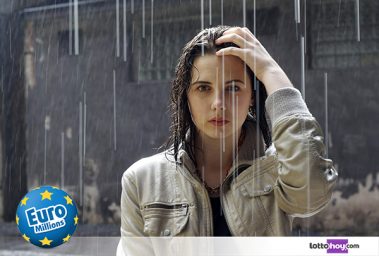 Since the EuroMillions lottery was created in 2004 with the clear intention of becoming the main lottery for Europe, it created raffle after raffle, many new millionaires.

In these 14 years of existence, there have been several changes in its regulation and in the format of the game. In September 2016, a series of changes were made, among which, a special European draw was introduced, where all the countries organising EuroMillions could participate.

This new raffle would be called Lluvia de Millones in Spain, but internationally it would be known as the European Millionaire Maker.

What is the Millionaire Maker?

The Millionaire Maker is a special draw in which all the member countries of the Euromillions regular draw participate: Austria, Belgium, Spain, France, Ireland, Luxembourg, Portugal, United Kingdom and Switzerland.

In each draw, 25 new guaranteed millionaires are created simultaneously.

How to play the Millionaire Maker?

To be able to participate in the raffle of the Millionaire Maker you have to buy an EuroMillions bet for the Friday’s raffle, and randomly, the system will choose a combination of 4 letters and five numbers. The first of the four letters corresponds to the initial letter of the country where the bet is acquired (for example, ABCD12345). Players will receive a code for each bet or line played.

Do not participate in this extraordinary raffle purchases of Euromillions tickets for Tuesday of that same week. It is not like the Million draw.

When is the Millionaire Maker?

There are no predetermined dates for these draws. The organization conducts the Millionaire Maker raffles throughout the year, notifying the draw date well in advance to facilitate the participation of the largest possible number of players.

The winner of the previous Millionaire Maker where:

Yes, and not only can they coincide on the same date, but also, in the case of the draw of the Million, three million-euro prizes are put into play, which may result in the fact that with just one ticket you can participate in three draws the same day.