Which is better the Primitive or the Quiniela? 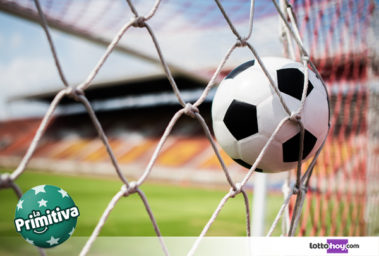 Both lotteries are framed within the games of chance, but while one, La Primitiva is considered as a lottery of numbers, and is based on a random system of number selection, the Quiniela, can be considered as a game of intuition based on more measurable parameters.

The football pool is a type of lottery that is implemented worldwide, but with a greater implementation in Spain, where it began to be played in 1946, like the TOTOCALCIO in Italy, which dates from the same date.
Both the Primitive and the Quiniela, can be played throughout the year, but in the case of the quiniela, its greater intensity is linked to regular football tournaments.

In Europe, the most popular football competitions usually start in August:

All these championships, as in other parts of the world, where football is the most influential sport, have their own “quinielas”.

Perhaps in the case of Germany and England, the betting system is much stronger than a betting game with 13, 14 or 15 bets to complete the bet.

In Spain with the Primitiva, as in other countries with the appearance of similar lotteries, the balance of interest of La Quiniela was inverted towards La Primitiva.

How La Quiniela and La Primitiva resemble each other

Perhaps the main difference is that La Primitiva is exclusively a game of chance, in which randomly the winning combination arises from the extraction of 6 main numbered balls plus another extra ball for the refund. On the other hand, the Quiniela is a set of results of soccer matches included in the ticket, which must specify the winner or winners.

In the betting game, not only plays the factor luck or chance, but is a more personalized game of the player, which offers up to three possibilities in each success, and these possibilities may vary depending on factors of the dynamics of the football match to determine the 1 (win team that plays at home), the X (tie the result of both teams), or the 2 (wins the visiting team).

Very diverse factors can help to adjust the forecast of each encounter, (the potential of one or another team, the current classification, to have knowledge of the strategy of the coaches, the state of the playing field, etc.).
While in the case of La Primitiva it can only help, for those who believe in cabals or statistics, to rely on the combinations based on previous draws for the cold or hot numbers.

Another thing that differentiates them is that to get a minimum prize in La Primitiva, you must match at least the number of the refund, or better still at least 3 of the 6 main numbers.
In La Quiniela, you need to match a minimum of 10 football results from the 14 main matches that make up the ticket.

In the lottery La Primitiva there are up to 7 categories of prizes, which are distributed 55% of the proceeds (45% to distribute among 5 categories, and 10% earmarked for the payment of the refund) with the following distribution and possibilities for each category:

For the payment of prizes in La Quiniela, 55% of the proceeds are also divided between 6 categories, as shown in the table below:

With the appearance in the market of European lotteries such as Euromillions and Eurojackpot, with guaranteed minimum prizes for the special category and the possibility of accumulating jackpots of up to €190,000,000 in Euromillions and €90,000,000 in Eurojackpot, to which should be added the possibility of opting for much larger prizes in other world lotteries playing online, the collections of La Primitiva and La Quiniela have been reduced considerably.

However, both are still a very good option to participate and win succulent prizes.

Let’s take a look at the historical jackpots each of them has reached: