Christmas arrives and its lotteries 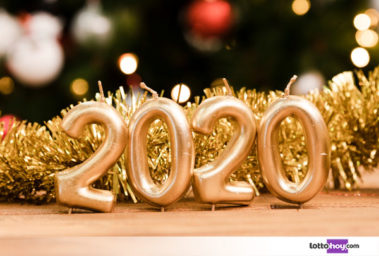 These are usually dates when more is spent than usual, for the gifts that Santa Claus, also known as Santa Claus, Viejito Pascuero or San Nicolás, brings for children and adults. Christmas is also the time when family gatherings are usually held with abundant banquets and in which joy and good intentions are usually shared for the following year.

In addition, in some countries the arrival of Christmas comes hand in hand with extraordinary lottery draws.

The Christmas lotteries usually hold the draws for these dates, although there are some cases, which delay until the end of the year or even the first day of the New Year, and usually distribute many small prizes to help in these extra expenses, and even in some cases to get out of a financial predicament to more than one.

Christmas Lotteries around the world

There are some countries with a long tradition in all types of lotteries, and that distribute millions throughout the year in multiple draws, but curiously do not have a special draw for these dates of Christmas, New Year or Kings (the latter date, for countries of Catholic tradition).

Countries such as the U.S. with its most important lotteries such as PowerBall and MegaMillions that reach prizes of hundreds of millions, does not have a specific Christmas lottery. In the United Kingdom, the same thing happens, there is no special Christmas draw, although they tend to increase their lottery prizes for those dates.

The only (for now) countries that do have a special lottery draw dedicated to Christmas are:

But undoubtedly the most famous worldwide, is the Christmas Sweepstakes of Spain that without being a lottery that has the highest prizes, if it has great fame because it distributes many prizes that reach thousands of players.

Its notoriety is such that for this draw purchase requests are received from many countries, and the luck is distributed even outside the borders.

Another factor in the popularity of this draw, is that even from Autonomous Communities within Spain, have created their own drawings of these communities as is the case of Catalonia, with its lottery La Grossa de Cap d’Any, and the Basque Lottery in the Basque Country (Euskal Herria).

As mentioned above, the Christmas lottery draw in Spain, which is held on 22 December each year, is not characterized by a main grand prize, but rather by the number of smaller prizes it distributes.

For each tenth the prize is 400,000 €, which compared to any other lottery would mean a little disproportionate investment to the prize to be received, but the advantage of this lottery is that for the amount of that purchase (20 €) allows you to participate in 15,304 possibilities of different prizes.

And if this were not enough, 15 days later, on January 6, coinciding with the feast of Kings, a second extraordinary draw is held under the name of “Child’s Draw. A long-awaited draw especially for those who were unlucky in the Christmas draw, and even those who won a smaller prize in the draw, usually invest the prize in “tickets” for the Sweepstakes of the Child.

Two similar draws, but with notable differences between them, because although the Christmas draw has a first prize of more than € 4,000,000, in case of drawing the Child, the largest prize is only € 2,000,000, but in favor has the total chance of reaching some prize is more than double, reaching up to 37,801 prizes in total.

The Christmas draw begins to be announced during the summer, and tickets are put on sale taking advantage of the large influx of tourists visiting Spain during those dates.

But when you really notice that Christmas is approaching and the extraordinary draw is at the beginning of November when the expected announcement of the Christmas Lottery comes out.

Something that we expect every year from the first ads on TV, with a very particular character “El balvo de la lotería”, and that accompanied us since 1998 with that first ad in black and white and music of “Doctor Zhivago”, until 2005. Always maintaining the same type of symbolism and transmitting illusion and good intentions.

In another post (https://www.lottohoy.com/es/el-anuncio-de-la-loteria-de-navidad-2017/) we already saw the advertisements of the year 2000, the first of this series, and the new formats from 2006 to 2016.

Now we show the announcement that was presented to us for the year 2017, this announcement of the Christmas raffle was directed by Alejandro Amenábar, a renowned film director, and this time with a duration something more than 3’30” An extraordinary event of a young man who falls in love with an interstellar traveler … but better see it:

An adaptation of the film “The day of the marmot”, in which a person who always gets the Christmas Jackpot, gets tired of always winning the same prize and …

In 2019, it changes the format of the ad and is divided into four stories that show that when you share a “tenth” lottery, you share something else.

Each of these four stories is full of tenderness and feelings, an effect transmitted by the characters of “United for a tenth”.

1.- The first story shows us how Felix shares with his former daughter-in-law Pilar a tenth of a lottery because for him, it is still family.

Victor, a hospital warden shares with Carmen a tenth of a lottery to get a smile in those moments when she is low on arrears.

3.- The story of a shared lottery tenth also for Joseph, the recent boyfriend Sofia, one of the two daughters of Ramon

And finally, the story of sharing in a tenth of a lottery, the number that coincides with the date on which the family business was founded, and that Gloria buys on the day of retirement of her father Emilio.

This year of 2019, the TV commercials are complemented with radio spots that tell other daily stories of life: A message of love from a new grandmother. A person who left the company where she had worked, but asks her ex-partners to keep a tenth of a lottery, Etc.