Lottery games suspended due the Coronavirus 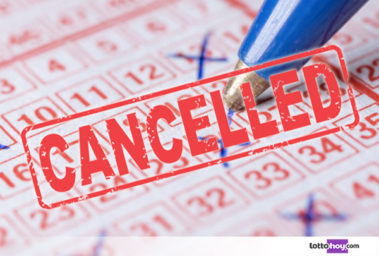 The COVID-19 pandemic is affecting the lives of millions of people, both health and economy related.
The impact of this virus is so strong that it has even affected the normal development of some popular and well-known lottery draws worldwide.

In Spain, and as a consequence of a state of alarm for the management of the serious and exceptional situation of health crisis, it was decreed by the government the temporary suspension of all the games of chance and lotteries.

This temporary suspension paralyzes all types of lottery and betting draws that depend on the Ministry of Finance, reserved for operators: (SELAE Sociedad Estatal de Apuestas y Loterías del Estado,,S.M.E., S.A(. , as well as the Organización Nacional de Ciegos (O.N.C.E.) since March 15, 2020, and until further notice both physical and online sales.

Also and due to this circumstance have been suspended the lottery of Quebec and the Lotto of Mauritius on March 20. On March 21, it was the operator Sisal, Italy, who reported the temporary suspension of all lotteries and games in which it operates.

Which lottery draws are temporarily suspended?

In Spain, all the draws of the various lotteries organized by LAE, with special attention to La Primitiva, El BonoLoto and El Gordo de la Primitiva, for being perhaps the best known, even outside their borders and usually played worldwide online.

In Italy, also and due to this circumstance have been suspended since March 21, all draws of the operator Sisal, Italy, who has announced the temporary suspension of all lotteries and games in which it operates. and of which the best known and most played worldwide is the SuperEnaloto lottery.

Why have they suspended the draws?

As mentioned above, this is an exceptional circumstance due to the COVID-19 pandemic. By decreeing a state of alarm in Spain and a state of confinement in all of Italy, it makes the free movement of people impossible, in order to avoid contagion, and despite the fact that today there is the possibility of making purchases online, in these countries the custom of making the bets directly in the offices and authorized administrations is very deeply rooted.

When will the lottery drawings will be held again?

There is no planned date to reactivate the draws. Everything will depend on the circumstances and that the government authorities lift the confinement of individuals and companies, so that the organizers of the lotteries can reactivate them.

What about Euromillions and Eurojackpot?

Euromillions and Eurojackpot are pan-European lotteries that are jointly organized by various countries in Europe.

Spain participates jointly in the organization of Euromillions, and Italy participates in Eurojackpot, and although in these countries all the lotteries are suspended, Euromillions and Eurojackpot continue to hold their draws every week, without having notice of a possible suspension.

The fact that as these lotteries are European in nature and have worldwide repercussions, makes it easier to hold the draws for sale in European countries that are not confined, in addition to online sales in the rest of the world.

Playing lottery online in these circumstances of pandemic

Through online lottery sales platforms such as LottoHoy.com, it is possible to play lotteries all over the world.

American lotteries such as PowerBall US and MegaMillions, with jackpots of up to 10 figures, and others that are more modest in terms of the volume of their jackpots, but equally popular, allow and accept online players from anywhere in the world.