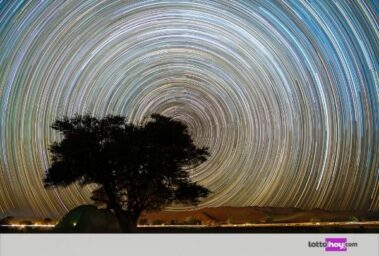 It may have been by chance or it may have been a fraud, but the truth is that the winning combination of numbers in the draw on December 1, 2020, in the Powerball lottery of the National Lottery of South Africa, is very surprising.

The combination drawn ball by ball and in order of appearance, although certainly strange but not impossible was: 8,5,9,7,6 and as a complementary number 10.

Does the reader notice anything that catches his or her eye in this winning combination?

Chance is always capricious, but this 1st of December 2020, will be remembered by all those lottery players, lovers of numbers, as something exceptional.

Capricious gambling, or lottery players with no complexes?

On many occasions we hear about lucky numbers and many players seek to find that magic formula that will enlighten them to match the right lottery combination.

There are hundreds of lucky numbers strategies, some believing in “their” personal number, based on a certain date (their birth, their children’s birth, an event, etc.). Others look for that lucky number in their horoscope.

There are those who try to combine the letters of the alphabet with the numbers 0 to 9, and in this way combine names, phrases, or any other form that allows them to obtain numbers that they believe will bring them luck.

All of these beliefs have no influence whatsoever on the results of lottery draws, and this Powerball South Africa draw shatters that superstition.

We do not believe that they based that prognosis on any complex system, nor chosen numerology, they simply marked continuously the numbers 5, 6, 7, 8, 9 and 10, as they could have marked 1, 2, 3, 4, 5 and 6 or any other combination of numbers in a row between 1 and 50 for the main ones, and a number following that combination, for the complementary one that was between 1 and 20.

Curiously, in all the writings that advise how to play the lotteries, they usually don’t pay much attention to this type of combinations, even they usually advise not to use them because it is not very probable that they can come out favored.

Even the official website of the South African lotteries, comments that it is not advisable to use some systems and among them, this one of marking the combination with the numbers followed.

It is clear that all of them are wrong, and this Powerball South Africa draw has proved it. But not only have been the 20 privileged ones who got the complete combination of 5 main numbers plus the complementary one right.

Another 79 players got the main combination (5 numbers) right, and another 109 got 4 of the 5 main numbers right. All these matches were random, or maybe it wasn’t chance?

Curiosities of the lotteries that have raised suspicions of fraud.

This is one of those cases that, due to the special characteristics and the surprising nature of the combination, there may be a suspicion that the result could have been rigged.

In this case there have been 20 successful players, which in principle may lead the investigators to think that it is a presumable combination created by the player, since a possible fraud would be difficult to carry out as it is a mechanical system of opening the gate through which the balls are extracted, and it is quite complex to think of a system so elaborate that the machinery could discern which ball accepts to be taken out and which does not.

But this case is not unique; on other occasions, certain draws have also attracted attention because of the “curious” nature of the result.

There is conflicting news as to whether it is true or whether it is an urban legend, a Powerball US lottery draw that in a draw where there was no first category winner, did reward 110 players who got the second category result right. In principle, such a large number of winners in that category is rare, when the statistics of previous results in similar circumstances, without first category winners, are usually no more than 3 or 4 correct.

The organizer stopped payment for fear of fraud, and when the winners were contacted, it was discovered that it was all about a fortune biscuit (the accompaniment that is usually given in many Chinese restaurants) and that a certain consignment of this product had apparently introduced a combination of numbers to play the lottery. And it turned out that many people followed that advice.

Another news item from September 2009 indicates that fraud was also suspected when the Bulgarian national lottery won the same combination of numbers in two successive draws.

These two reported cases may be true or may be hoaxes, but there have certainly been many attempts at fraud in all the lotteries of the world.