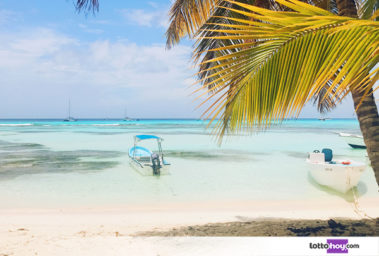 A millionaire business (largely private) moves in the lotteries of the Dominican Republic. Under the shared regulation of the National Lottery and the Ministry of Finance, in its department of the Casinos and Gambling Directorate, they have not been able to control the illegal points of sale that flood the country.

They coexist jointly, two systems of supply. On the one hand, the National Lottery, and its various games, which since the end of the 19th century commercializes raffles through points of sale called “banks” and that are distributed throughout the provinces, being their owners-small and medium-sized business owners.

On the other hand, there are the private exploitation licenses, the electronic lotteries, that organize, market and advertise the transmission of their raffles by the mass media in a similar way to the US lotuses.

However, there is a differentiation between concession owners (approximately 60% of the business) and the “banking” entrepreneurs. The former is estimated to be approximately 250 to 300, while entrepreneurs may exceed 5,000 due to the constant commercial movement of purchase of physical locations among the bankers themselves.

The official points of sale or banking are represented by FENEBANCA, the National Federation of Banks, which estimates at 31,750 the legally established banks, although it is estimated that there are between 70,000 and 90,000 illegal banks operating throughout the territory.

What lotteries are played in the Dominican Republic?

American Lotteries, in which the possibility of participating in the PowerBall US is included. and Mega Millions US.

All these are American lotteries that are sold in different lottery banks of the country although they are raffled in the United States and payments are made in the Dominican Republic, are based on the payment method of the Dominican lotteries.

Both the consortiums and the electronic lotteries are responsible for paying the prizes that their players win, except for the Sunday draw of pools and tickets organized by the National Lottery from their home.