What is the Loto of Argentina 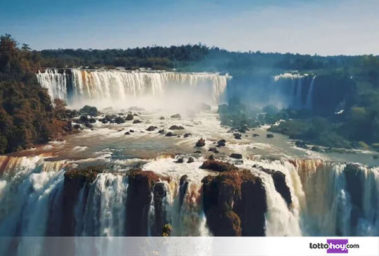 The Loto of Argentina, also known as Loto Plus, is the most popular game of chance in Argentina, uses a proportional distribution system for the prizes according to the collection of each draw, there they call this system “poceado”.

Along with the National Lottery (now known as La Grande de la Nacional), there are other types of games of chance that are played on a regular basis such as Lotto 5, Quini 6, Quiniela de la ciudad, Tombolina and Raspaya, of which we will make a small summary later in this post.

How to play Loto Plus

The loto, it has three versions: TRADITIONAL, DESQUITE and SALE SALE, the development of which we’ll see below.

The game has a table with 42 boxes numbered from “0” to “41” respectively, and to participate in the game, 6 of these boxes must be marked manually or by allowing the system itself to randomly choose a betting combination.

Likewise, you must mark 2 balls called JACK each one of them, which are arranged in another box that contains 10 possible options numbered from “0” to “9”.

There is a possibility of playing more than 6 numbers and up to a maximum of 20, but the costs of the bet rise considerably.

How to draw Loto in Argentina

The Loto Plus is drawn in three phases, corresponding to its three versions.

Next, a second draw called “DESQUITE” is held, with similar characteristics to the “Traditional” mode, with the difference that there are winners who simply get six (6) hits.

Then a third draw is made to participate for the alternative “SALE SALE”; in this draw the winner is rewarded with six (6) hits, and in case there are no winners in that category, the winner will be sought with five (5) hits and so on until finding winning bets, even if it was with only one (1) hit.

How many numbers to win the Loto

The distribution of prizes in the various draws, is distributed as follows:

(*) The prize will only be paid to the first of these categories to have winners, and the prize will be distributed among the winners. This means that if there is a winner or winners of 6 matches, no other category will be entitled to a prize.

If any winner or winners have 2 (two) JACKS out of 4 drawn, they will get a BONUS which consists in doubling the amount of the prize obtained.

The days that the Loto of Argentina is played

Three draws are held each week, on Tuesdays, Wednesdays and Sundays.
At what time is the draw and until what time you can buy it.
The draws are made at 10 pm in local time.

Where you can play Loto Plus

Playing Loto Plus from Argentina, online, can be done through platforms specialized in the sale of lottery on the Internet, with the advantages that this entails since these platforms offer encrypted security systems to ensure the confidence of personal and economic data.

How to calculate the probabilities of winning the Loto of Argentina

The thing gets very complicated when the 2 jack balls come into play, which would mean multiplying the previous calculation by 45, with a result that hitting a full 6 + 2 jack would give 1 chance between 236,060,370

To collect this lottery prize

Prizes can be collected directly at the official authorized agents, up to $10,000, simply by presenting the ticket with the winning combination and the ID.

For higher amounts, they must go to the IPLyC headquarters or delegations, providing the ticket with the winning combination, the original Identity Card and a photocopy, as well as proof of the CUIT (Unique Tax Identification Key)

The deadline for collecting the prize is a maximum of 15 days. If the ticket is not presented for collection within these dates, all rights to claim the prize payments are lost.