What is the Loto of Chile 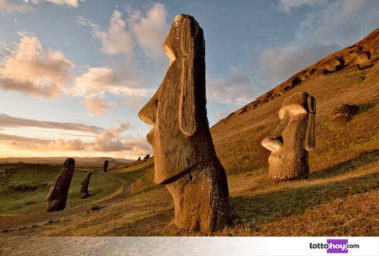 The Loto of Chile is the game of chance par excellence for an entire country, and for a little more than its 18 million inhabitants.

El Loto and all its variants in the game are administered by the company Polla Chilena de Beneficencia, a state-owned company that, together with the Lotería de la Concepción, forms an exclusive partnership for the organization of lotteries and other games of chance.

In a previous post, chilean lotteries, we reviewed the various lotteries and games that both companies offer. This time we will go into the detail of the classic Lotto

How to play the Loto of Chile

The game has a table with 41 squares numbered from 1 to 41 respectively, and to participate in the game, 6 of these squares must be marked manually or by allowing the system itself to randomly choose a betting combination.

The value of the play is $1000, although with the official ticket you can also mark more than 6 boxes and up to a maximum of 10 in what would be the “combined plays”. It is not possible to use the option to have the system randomly choose the combinations in the combo plays.

On the ticket, there are some additional options to increase the possibilities of increasing the prizes. In the upper part it offers a “Multiplier”, and in the left part next to the board of the numbers to make the bet, there appear four complementary game possibilities to the classic move: Surcharge, Revenge, Payback,

● The Jubilazo, plays with the same numbers as the classic Lotto bet, during 6 draws, opting for 3 prizes of $1 million for 20 years or 3 prizes of $500,000 for 20 years.
● The Multiplicador, which allows you in case you have chosen the option MULTIPLY, along with the classic Lotto bet, that in case you are the winner in any of the categories, except the categories of 6 matches and 5 matches plus wild, the prize obtained will be multiplied by the MULTIPLY number of the draw that you get.

How many numbers to win the Loto of Chile

The draw is quite complex, there is a first draw for the results of the Classic Lotto. First, 6 balls are drawn from a drum containing the 41 balls numbered 1 to 41, plus a seventh (7th) ball called “Comodin”.

In this draw for the Classic Lotto, the prizes are in the following categories:

Once the draw of the Classic Loto is over, the prize for the “Reloaded” is drawn. The draw system is the same, 6 balls are extracted from the drum that contains the 41 numbered balls.
A unique prize of Reloaded, for the ticket that has the same numbers that coincide with the 6 extracted in this draw.
Additionally, there is a category called Termination, where each bet has an associated number between 0 and 9. If the number drawn coincides with the number of the bet, the prize is $500.

In the same way you can proceed with the drawing of 6 balls for the “REVANCHA” draw. The SINGLE REVANCHA jackpot will be won when the player’s bet matches the 6 numbers drawn in this draw.

After that the draw of “REVANCHA” will take place, following the same ritual of the extraction of 6 of the 41 balls that it contains in the drum. The winner is the UNIQUE jackpot, the ticket that has the same combination as the 6 numbers drawn in this draw.
Then, following the same system, 6 balls are drawn from the 41 contained in the drum, for the “RETURN” draw. You will win one of 3 prizes of $1 million per month for 20 years or one of 3 prizes of $500,000 per month for 20 years of the Jubilazo, if the ticket contains the same numbers that match the 6 drawn in these drawings.

Which days the Loto of Chile is played

What time is the draw, and until what time you can buy it.

The draw of Loto Chile, takes place at 21:00 local time, and the sale of tickets closes one hour before the start of the various draws. In the case of online sales the sale closes earlier.

Where you can play

Tickets are purchased through authorized agents of Polla Chilena. The bets can be made in any of its modalities

How to play the Loto of Chile online

Through platforms specialized in the sale of lottery tickets over the Internet, it is possible to make purchases and bets on Loto Chile, with the advantages that this entails since these platforms offer encrypted security systems to guarantee the trust of personal and economic data.

Where to check the Loto of Chile

To check the results of the different Loto Chile draws, you can go to any of the authorized sales agents, to Polla Chilena website, or to online lottery platforms

The numbers that come out most in the Loto of Chile

But to consider that it is a game, and the numbers in each draw come out totally at random, so these data are exclusively for information purposes, without indicating any kind of relevance or condition for the bets that the player wants to make.

How to calculate the probabilities of winning

Various mathematical calculations indicate that the probabilities of success with the winning combination of the 6 numbers in the Lotto draw are approximately 1 in 4.5 million.

To arrive at this conclusion is to calculate the possible combination between 41 numbers among themselves, in sets of 6 numbers, which gives us a total of 4,496,388, which would be equivalent to a 2.2 % chance of success.

How to collect the Loto of Chile

The prizes can be collected directly from the official authorized agents, and in case of technical reasons or liquidity problems due to the amount cannot be attended by the authorized agents, the winners can go directly to the Caja Central de Polla.

In case the winner could not be present at the Central Bank, the authorized agent will validate the prize in the system by sending the winning receipt and a request for payment of the prize to the offices, so that the entity can proceed to send a check to the winner or make the deposit directly into the bank account.

In the case of a prize for an online purchase, the amounts will be deposited directly into the user’s account and will be available immediately to the player.

The collection of the prizes has an expiration period of 60 days, after that time without claiming the prize, the right to collect the prize is lost.