The lottery and the cinema always give a lot of game 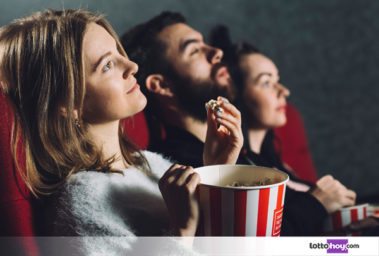 The cinema usually includes in the plot of its films that mix reality and the imaginary. Sometimes fiction characters live through real stories and at other times it is simply the dream or the thought of the person who created the script.

The lottery, its raffles, the winning tickets … have also been the subject and central theme of some films.

Among this type of films that have had as main topic the lottery stand out above all others: Mr. Sardonicus, winning combination, Lucky, Les Tuche, Lottery Ticket, Welcome to me, Awakening Ned, Villaviciosa next door, Happy 140 and the one that perhaps it reflects more intensely the slogan that “the best reward is to share it“, can happen to you.

While in Mr. Sardonicus (1961), it is a horror movie in which a disrespectful son opens his father’s grave to look for a winning lottery ticket, in which the main axis is greed. As in Despertando a Ned, in which all the villagers, they plan how to benefit and share the prize in the UK Lottery after the death of the winner, possibly due to an infarction of emotion.

In Lucky, filmed in 2011, what shows us is that the instincts are above any material good, and the murderer will continue to kill even though the money won in the lottery could change his life.

Les Tuche, shows how difficult it can be to fit into a world of luxury and wealth to a modest family that has won a millionaire prize in the European lottery EuroMillions and want to make the dream of the mother a reality.

Something totally opposite is what happens to the protagonist of Lottery Ticket, a boy who has become a winner of 350 million dollars in the PowerBall, and has to endure for a long weekend, the avalanche of opportunists who come to him like flies to honey.

In the film Winning Combination a lottery fraud is revived in a novelty way, (the scandal of the Pennsylvania lottery in 1980, when some balls of the three draw machines were manipulated, which became known as Triple Six Fix). In this film version, a TV weather presenter is shown who decides to rig the lottery of the state lottery, conspiring with the girl on the TV responsible for taking the balls and a third guest to the fraud, who will be in charge of buying and validate the tickets.

Villaviciosa next door, shows us in a very funny way, as a whole town is able to miss the deadline to collect a prize from the Christmas Lottery, to cover the personal passions and shame of its inhabitants. Meanwhile in Happy 140, are the friends of the protagonist, who begin to devise plans to keep the money that it has won in La Primitiva.

In the film It can happen to you, from 1994, based on a real anecdote, it shows us what a wealth arrived through a great lottery prize Mega Millions, it can mean depending on the human condition of the winner. A New York policeman shares an American lottery ticket with a waitress, and by chance, is rewarded.

The police maintains its commitment to share the prize, and this generates innumerable problems at the family, personal and legal level.

At the opposite extreme is Welcome to me, whose protagonist shows how personality disorder can reach the point that a person can spend all the money earned and ruin by wanting to let everyone else know his obsession with being famous