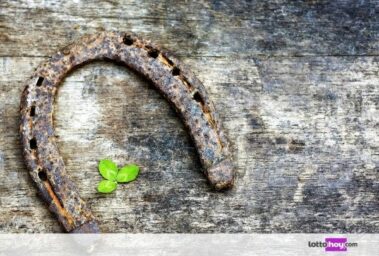 You can’t wait for luck, you have to go in search of it. Sometimes the best way to attract it is to rely on some kind of amulets or talisman, something to put your trust in and to increase your chances of success.

Many lottery players wonder if there really are lucky charms to win at lotteries, because luck is often capricious.

Some people are luckier than others, and you might think that they don’t need any help from amulets or talismans, but it never hurts.

What are lucky charms?

Throughout the generations that have preceded us, stories and beliefs from many cultures have been created around objects to which certain favourable effects are attributed, and more specifically when they are used in games of chance.

Lucky charms are objects (usually animals or minerals) that, according to popular tradition, provide protection to the person who wears them. The word “amulet” comes from the Latin “amuletum”, which means “an object that protects a person against a problem”.

Amulets can either be used to protect against negative influences or to attract luck, it all depends on the purpose for which they are used.

Every lottery player is looking for fortune to smile on them, and whatever their culture, the vast majority follow rituals, or possess an amulet or talisman, which they carry with them permanently.

Let’s take a look at the basic details of the beliefs about some of the amulets and talismans that are commonly used to attract luck and fortune.

Classic amulets to win in lotteries

Among the amulets that exist in almost all cultures, three (3) stand out, which in one way or another, over the years have become “the classic amulets”:

The clover plant grows freely in fields and meadows, preferably in temperate and subtropical zones.
The most common variety is the three-leaved clover or leaflet clover, although there are variations with four or more leaves, although these are not very common in the wild.

Four-leaved clover is very difficult to find, there is no exact estimate, but it is estimated that there is a proportion of 1/10,000 three-leaved clovers.

Because of the difficulty involved in coming across a four-leaf clover it is considered magical and a factor of good luck for those who find it, and according to legend all the wishes and dreams of those who find them by chance will be fulfilled.

There are many beliefs about what the four leaflets mean.

For Christians, the four-leaf clover represents the theological virtues: hope, faith, and charity or love, while the fourth leaf represents luck.
Four points that resemble a cross, the quintessential symbol of Christianity.

In other cases they are related to the four elements: water, air, fire and earth. As early as the Middle Ages, the four-leaf clover began to be regarded as a talisman of good fortune.

The legend has been passed down over the years, to the point that in the last century, its popularity was such that it began to be included in jewellery items.

Objects for people to wear on necklaces, bracelets and bangles, rings, buttons, etc. to the point that a famous car brand made it its symbol.

Nowadays, in the technological era, an emoji has even been created with this characteristic.

The rabbit’s foot to attract prosperity.

The rabbit’s foot is still one of the favourite amulets to attract fortune and luck in general in the circumstances of life, and especially in those actions that have to do with gambling.

The belief in this amulet can be traced back to the 7th century BC, when primitive Celtic peoples already had superstitions and beliefs about various types of rodents that usually live underground.

These people believed that these rodents, especially the hare, by creating their burrows underground, were closer to the Gods and the spirits of the underworld and for this reason, adorning themselves with their skins or making necklaces and bracelets with their bones, gave them that security, guaranteed them fertility and brought fortune in their possessions.

Over the centuries, the rabbit gradually replaced the hare because, while maintaining the same characteristics, it was more abundant and easier to obtain.

From the Middle Ages when it used to be used as a present or gift among kings and nobles, to the point of being used by women to put on make-up; a tradition that has been maintained for years and is used by actors even today.

The horseshoe, a good amulet to attract fortune

The horseshoe was introduced into Western culture in the 6th century, attached to the hooves of animals by means of seven nails, and since then and to this day, the number seven is considered to be a good luck charm.

It is attributed to the legend of a blacksmith named Dunstan, who tricked the devil who came to the blacksmith’s house to put some protections on his legs as shoes, because behind the appearance of a man, he had legs ending in a kind of hoof.

The experience must have been so painful for this strange customer that he swore never again to enter a house where a horseshoe was hanging on the door.

After this experience, Christians used to place a horseshoe on the lintel of their doors to scare away the devil, and such was the acceptance of this symbol, that it even became a door handle and even a game of throwing horseshoes to fit them to a stick stuck in the ground.

Superstitions about the horseshoe go so far as to say that they must be found, not bought or given, for luck to be effective.

Other lucky charms in the world

Nowadays it is quite common to find a whole series of animals to which mysterious legends are attributed that favour luck and protection, and which in various sizes can be found either as decorative elements in the home or even in small sizes, hanging from necklaces and bracelets, for both men and women.

Among these objects, which can be mineral or vegetable, it has special importance:

And also considered as amulets to attract luck are those objects that have been handmade for a specific purpose, as is the case of the Dreamcatchers, very common in the tradition of the Native Americans of the North.

Chinese coins, according to feng shui, their power is based mainly on their shape, with a square hole in the centre representing the earth, while their circular shape brings the protection of the sky, and that conjunction of earth and sky is a source of wealth.

Amulets and talismans in the technological age

Beliefs in the “magical” powers of certain amulets or talismans have also reached the technological era, and can form part of our current way of life and our work, connecting with the internet and new technologies.

A small piece of software through a script, barely imperceptible, or a simple image, on the media we use regularly (PC, tablet, smartphone or even the games console) can be the bearer of luck in general and in particular for games of chance.