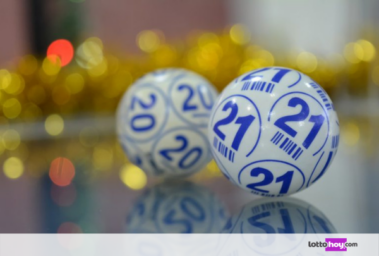 The vast majority of lottery players do not know, for example, that in a country like Nigeria, there are up to 24 different lotteries.

In Nigeria there are the same number of lotteries, raffles and draws as there are in all the other African countries, and perhaps these are the most recognisable ones

Raffles and prize draws in Asia

By far the most populous continent in the world. With around 4.7 billion inhabitants, and an estimated growth rate of 1% per annum over the last 10 years.

We can see a breakdown of the number of regulated lotteries in the whole Asian continent, among which the following stand out:

China is the second most lottery-playing country in the world after Argentina, and there is a real passion for lotteries.

A continent so vast in cultures, traditions and ways of life that it can encompass countries as diverse as Russia to the Philippines to Cyprus and China itself.

The lottery in India

Another curious case is India, with a population of 1.4 billion inhabitants, where lotteries are legally permitted in only 13 of the 29 states.

The best known and most played lotteries in India are the Kerala State Lottery, the first to legalise a state lottery.

The Punjab State Lottery, which, unlike its predecessor Kerala, only draws on a one-off basis, usually coinciding with major holidays.

And in third place among the most popular, the Sikkim State Lottery, with daily draws but with curiously always the same prize amount, although each daily draw has a different name to avoid confusion.

But undoubtedly the most popular of all and the one that attracts the most players is the Lotto Sambad, which is drawn three times a day, and is also accessible in the other 12 states, which makes it easy to cover all the territories where gambling is legal.

Lottery games in the Philippines

The Philippines is not a country very much given to playing traditional lotteries. We could say that in the Philippines, “betting” has a preferential place in the interest of its players and both legal games (Casino, Sweepstakes, Horse Racing Betting, Cockfighting, etc.) and non-legal games (Jueteng, Masiao, or Last Two) are combined all over the archipelago.

There is not much secret in the lotteries of Oceania, they are divided between the 8 varieties of Australia, and the 4 varieties of New Zealand.

Among the best known lotteries on this continent are the AU Powerball, the OZ Lotto, , Saturday Lotto, Monday and Wednesday Lotto, Super 66, Lotto Strike, Set for Life, Cash 3,

Perhaps the best known and the one with the biggest jackpots is the Mega Sena in Brazil.

However, all kinds of lotteries, raffles and draws are played regularly across the continent, with the lotteries of these countries being the most popular:

The most popular games in Argentina are the “quinielas”, approximately 26 in number, among which the following stand out: (Correntina, Misionera, Rio Negro, Entrerios, Cordova, Mendoza or Buenos Aires).

The case of Brazil is quite curious, as the lotteries with the highest jackpots are: MegaSena, Quina and LotoFacil.

LotoFacil, unlike the other two lotteries mentioned above, does not have a minimum guaranteed jackpot, but the main prize is determined by the number of tickets sold and after making the corresponding distribution between the different categories.

However, this lottery’s prize for the first prize category is usually around R$ 1.5 million, and it is not uncommon for large prizes to be won.

But the biggest lottery game attraction is “jogo do bicho”, an illegal lottery, but which enjoys an extraordinary fame and generates an estimated turnover of between 1.3 and 2.8 billion reais (USD 260 million to USD 550 million).

It all started about 125 years ago as a form of advertising to attract visitors to a zoo, and today it has become a big business capable of moving millions in an illegal way, but with up to 3 levels of hierarchy for commercialisation:

the bicheiros, who could be considered as a kind of bookmakers.
the gerentes, who control the bicheiros in a given area
and the banqueiros, who are really the financial elite of the game.

In Colombia there are many lottery draws, but basically they are concentrated in only two modalities: Chance draws and traditional ticket draws.

Sorteos Chance, where you can win money by hitting 1,2,3 or 4 balls.

What lotteries are available in Europe?

The pan-European global lottery is characterised by the fact that it is played in more than one European country, with a single prize common to all the organising countries and where the lottery is sold. Examples of pan-European lotteries are EuroMillions, EuroJackpot and Vikinglotto.

Vinkinglotto was the first one created in 1993 and mainly oriented to the Scandinavian countries (Denmark, Estonia, Finland, Iceland, Latvia, Lithuania, Norway, and Sweden, Slovenia was invited to participate in this group, although it was not part of the Scandinavian group of countries.

Despite being the oldest, it is perhaps the least popular, and this is due to the fact that the prizes it has been able to offer fall far short of the large jackpots of the other two.

Possibly also due to the smaller number of inhabitants of the organising countries, unlike the other two big European lotteries.

Euromillions, see information by clicking here, is the best known and offers the highest jackpot. At the moment the limit is 200 million euros, but with a view to reach 250 million euros in the short term.

Eurojackpot is the second largest lottery in Europe, more detailed information can be found by clicking here.

Each of these two European lotteries are organised and marketed by different countries, with Spain being the only country that participates in both.

Below is a list of the countries and local lotteries operating in Europe.
Some of these national lotteries are attractive enough to invite you to play them online from anywhere in the world, such as the Loteria Nacional (El Gordo de Navidad in Spain or SuperEnalotto in Italy).

Lotteries are also played on islands in the Caribbean Sea.

Of the hundreds of islands and territories in the Caribbean Sea (nine mainland countries, twelve island countries and the dependent territories of other territories)*, we are going to highlight those countries that have their own state or national lotteries.

Mexico is the most densely populated country in Central America, and where by law gambling and betting games are prohibited and even punishable.

However, as in many other countries, illegal lotteries have been taking place for many years and are deeply rooted in the population.
In this case it is the “bolita negra”. A clandestine raffle that has the tolerance of the federal authorities in the southeast.

It is a million-dollar business apparently linked to drug trafficking, and is based in Yucatan. It operates through a well-oiled network in Tabasco, Campeche, Chiapas and Veracruz.
In Tabasco alone, it is estimated that some 5,000 people are involved in this business, in many cases earning 35 per cent of the sales they make.

Something similar happens in the Dominican Republic, where the “illegal banks” sell tickets in grocery stores, pharmacies, and even through mobile phone apps.

The official lotteries in these Central American countries are:

Lotteries, raffles and sweepstakes in the USA and Canada

In the United States, lotteries are administered by 48 jurisdictions: 45 states plus the District of Columbia, Puerto Rico and the US Virgin Islands.

The states of Alabama and Utah do not have lotteries, both for religious reasons, nor does the state of Nevada for reasons of competition with casino gambling and others.

Lotteries are operated independently by each jurisdiction and under their own gambling laws, there is no national lottery organisation. There are approximately 225 different lotteries

MegaMillions and Powerball US battle each other to outdo the other for the largest multi-million dollar jackpot.

Both lotteries are sold in several US states in addition to worldwide online sales.